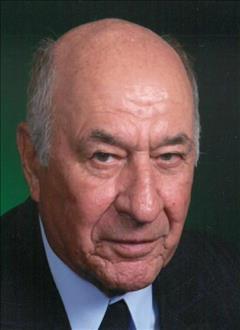 This morning, I found myself at work and I’m not really sure how I managed to get there.  The 50 mile commute was one of silent reflection and tears as I reminisced about the man I had just put Maria on a plane to go see a final time.  Even as I write this, I’m choked up and feeling clumsy in my words and thoughts…

In late 1987 I met the girl who would become, in short order, the love of my life.  After a few weeks, she drug me home for the holidays to meet her family.  I can say I wasn’t super enthused at the prospect but, I really liked this girl and it seemed important to her.  And, what the hell, right?  I didn’t have anything better to do.

When I walked through the door of Maria’s parents’ place, Irven Ball was faced with a stupid and pretty sketchy, 18 year old, stray kid that his youngest daughter had, obviously, mistakenly brought home.  What that sketchy stray found in Irv was a quiet but firm, guiding influence.  As is true of many instances in our lives, I did not fully appreciate the gravity of that moment or the impact it would have on my life for decades.  Even now, I’m not sure I fully understand.

Irv was the patriarch of his large family.  He was a quiet man and not of large physical stature.  But, he was a man who was universally loved and respected in his community and was truly salt of the earth.  And, a man of immense faith and impeccable work ethic.  Truly, Irven Ball was a colossus of character.  I knew, beyond a shadow of a doubt, that he had little use for me but, we managed to make it through the weekend as Irv humored his baby and her misguided choice of a boyfriend.

A year and a half later, Irv would give me the greatest gift he had to give me.  The hand of his youngest daughter in marriage.  Which, as all of us who have daughters understand, is the most profound act of faith and sacred trust imaginable.

In return for his gift, I immediately dragged Irv’s baby across the globe, away from home.  And, I continued to find far flung corners of the earth to move to and to deprive him of Maria’s attention at home.  Every time we moved to the next crazier place, though, Irv and Pauline would visit and while I knew Irv wasn’t happy about having to travel across the planet to see his daughter, he was gracious and had some humor about it.

Over 30 years, I got to know Irv and to understand him a bit.  He hadn’t always been the mellow, calm, upright citizen I now know.  He, like many men had a raucous past in his younger years.  But, he had made good and had become an amazing example of what a man should be.  He and I shared some common ground with our mutual Army service.  And, of course our love of his daughter.  And those two things were enough for us to be able to form some mutual respect and eventually a father/son relationship.

In the end, Irven Ball was the best luck of the draw I could have ever hoped for in a father-in-law.  He was the finest of examples and more understanding of my idiocy than I can possibly imagine.  And, while he never asked me to change anything about myself, as a result of his example and simple respect for the man, I have found myself changed for the better in more ways than I would have thought possible.  I’m not good enough for his memory but, I’m certainly better today than I could have hoped to be without his assistance.

As the rest of his family spends the next couple days saying their goodbyes in person, I’ll be alone with my thoughts and memories of Irv.  Words can’t express the loss I feel at his passing and I’m doing a lot of uncustomary crying.  But, I refuse to say “good bye”… simply because I don’t believe this is the end of the story.

I’ll simply say this… So long, Irv.  Thank you for all you’ve done for me.  I know that you put up with me mostly because Maria had lost her mind and married me. I’ll give you some space for now to allow you to get your legs under you on the other side and to allow everyone else to attempt some closure.  You’ll be missed by, well… everyone.

Take care and be light of spirit.  I’ll keep the promises I made.  And, when it’s time, I’ll see you on the other side.  We’ll talk in a few days after all the excitement has calmed down.

We love you, Irv.