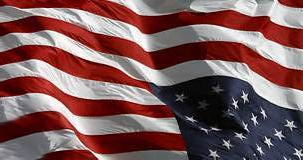 My adult life has been a search for the truth of things. And, for most of it, certainly after I terminated my Army service, I have been highly patriotic and a rabid “constitutional originalist”. I have been awed by the magnificence of the founding of the United States and held in great esteem the figures who played key, historical roles in that effort and those events. And, I have been highly critical of my government as I watch things go to hell in a handcart. But, never being satisfied with what I know “today”, I have kept digging, reading, researching, and thinking. More during some periods than at others but, it has been an ongoing, historical and philosophical excavation.

As a result, today, I have a different perspective than I may have impressed some of you with in the past. That’s the problem with never being satisfied that one knows enough. Sometimes, if you are objective, humility forces you to acknowledge that you may not have been as smart as you once thought. It keeps you honest. It makes you decide if you wish to reserve the right to become more intelligent over time or if you will be stubbornly set in your ways and comfortable in your ideology.

What follows will make some of you scratch your heads in wonder. It will make some of you laugh at my apparent stupidity. But, if it does nothing else, I hope it gives you a reason to reconsider some things you thought you “knew”. Here’s your look inside my current philosophical, ideological, truth-seeking mind… run-on sentences and all:

The United States is no longer a “country” in the sense that it has no homogenous, cultural identity or values. You cannot look at current events and conclude that we are “one people”. So, we have to ask ourselves, how is that true and how/where did it go astray?

I believe it went astray from the beginning and by design. The basic philosophy of individual rights being supreme is flawed. Not because individual rights aren’t important but, because they aren’t the most important thing. I used to agree with the Objectivist ideal that the individual, as the world’s smallest minority, mattered much more than the collective as, without the individual, there is no larger whole. However, without the whole being combined of the sum of individual parts… the individual parts have no greater purpose and are left in some animalistic limbo. Now, it would be easy to read the previous statement and make the assumption that I have executed a U-turn and am proposing a communistic social order but, that would be incorrect. What I am suggesting is that human beings work best as a culturally homogenous team with an eye on something bigger than themselves. The ideals of the Declaration don’t support that… and the Constitution exacerbates the problem by attempting to counter the “Revolution” and then play both sides of the “ball” with the inclusion of the Bill of Rights.

Lots of folks, myself included, have looked at individual American events over the last 250 years in isolation and made the connection that this event or that occurrence was an unconstitutional law or action that led to this or that bad result and that if we had not done that one thing, everything would be ok. As it is today, after having looked at numerous angles, historic records, and opposing viewpoints, I think that conclusion is short-sighted and overly reductive, and that the Constitution is working exactly as it was intended. Our present state being the only logical result of the ideologies that birthed it. The Framers of the Constitution weren’t, on the whole, disingenuous or of ill intent. But, they were mostly deluded to think that a State could be formed and held together with no rules. And, in essence, that’s what the combined documents of the Constitution and Bill of Rights intended…

The Constitution delineates the duties and responsibilities of the Federal government and the Bill of Rights further hamstrings it in favor of the States and the individual. Now… that’s not necessarily a bad thing but, there were mechanisms built into the Constitution that allowed the circumvention of the BoR. Look around you. Does any of the BoR currently still hold true? Are any of the “Natural Rights” that the BoR supposedly guarantee still in effect? Or, has the Federal government legislated and/or regulated each and every one of them away to one degree or another? And, hasn’t every, single one of those abridgments of your rights been framed as “Constitutional” and subsequently been upheld by the Judiciary? So… what does that mean?

To me, it means that the Constitution was a deliberate attempt to put mechanisms in place to infringe on Natural Rights. If that weren’t true, how was it that, while the ink on the document was still metaphorically wet, the Alien and Sedition Acts were put into place. How about the Whiskey Tax that led to Shay’s Rebellion and Washington’s subsequent crushing of it? And, what of the Constitutionally enshrined process of making and repealing “Amendments”? If the Bill of Rights were so self-evident why would one agree that there could be a process to repeal amendments contained therein? That seems like a whole lot of disingenuous, double speak. And a system built on the idea of no cultural baseline? No national language. No national religion (other than atheism). No national borders. No immigration criteria. Things that make you go, hmmm…

The “patriots” and Originalists will explain all that away by pointing to the fact that the system was to be built on the idea of confederated “States Rights”. But, that’s incorrect. State’s Rights were a thing of the past as soon as the Articles of Confederation were replaced by the Constitution. The stated intent of the Constitution was to eliminate the problems of the Articles by empowering the Federal Government in a more robust way. Beyond which, the manner in which the 9th and 10th Amendments are written makes them impotent in any case. For a founding class that was diametrically opposed to government and suspicious of governments based on their historical trend of assuming greater power over time, the Framers of the Constitution sure did build a lot of mechanisms into the law that would allow the United States to evolve to point of implosion. A system that supposedly valued the rights of the individual over all else (anarchy), with no required underlying cultural sameness, subject to a central government, State governments, county governments, and local municipal governments all with their own particular rules and regulations… Even with 20/20 hindsight, that’s a lot of incongruity to get your head around.

Let’s take an historical step back, to the Declaration. “OK”, you say… “the Constitution undercut the ideals of Jefferson’s Declaration. The Declaration was the ‘real’ American ideal”. I say, no. What was the purpose of the Declaration? Well, primarily to give notice to the world that the American Colonies were saying “no” to the British Monarchy by listing grievances that would no longer be tolerated. However, there are some finer, influential, ideologically pertinent points that must be examined.

One must understand that Jefferson, philosophically, was a Deist of an odd Epicurean and Stoic hybrid philosophy with a legal education, heavily influenced by Enlightenment Thinkers of 17th and 18th century France and England. The result of this ideological hodgepodge was the Declaration of Independence. The lawyer and philosopher in Jefferson manifested themselves in his writing so that the manner in which the words were strung together could yield a couple of, subtly different meanings. Take for instance, this well-known passage from the Declaration:

For a very long time, I read this snippet as a nod to Deity by a Deist. However, in retrospect, I must conclude that it’s actually taking a shot at God and people of faith by misplacing the possessive. The way it’s written, God belongs to nature. However, Christians (and any number of other denominations) would tell you that, nature is God’s creation and, therefore, belongs to God.

Jefferson-apologists would tell you that bit of philosophical license is unimportant and simply reflects who Jefferson was. I say, that’s incorrect. If you view the Declaration as “the” foundational document upon which the United States of America was built, you can no longer view the USA as a fundamentally “Judaeo-Christian” nation. Or… maybe you can (lots to chew on there). Regardless, you have to admit that the fundamental underpinnings of the Declaration, and therefore, the United States is at most, Deist. More likely, Atheist. Certainly not Christian.

Unfortunately, that is a giant problem for a country and a people. Atheism, Deism, Rationalism, Humanism, etc., leave nothing in the way of morality. At best, it leaves you with civil law. Problem being, you can pen all the civil laws imaginable but, abiding by civil law does not equal moral behavior. And, without baseline moral behavior, you have no continuity of cultural values. And, no country.

During the period surrounding the writing of the Declaration, the Articles of Confederation and, the Constitution, this problem was not as large as it has now become. Despite the foundation of the documents and the country, the population at that time was for the most part English/British and northern European and shared enough cultural and linguistic traits that the disconnect wasn’t immediately recognizable. However, over time and because of the lack of cultural dogma attached to the founding of the country, immigration, lack of common values, anarchistic individuality being supreme, etc., have led us to the sorry state we find ourselves mired in today. And, this is the predictable result. As one acquaintance says of the statement by Ben Franklin, “A republic, if you can keep it,” … It was a challenge. Not a warning.

So… what’s my point in writing this? To illustrate via history and the humanists’ iconic virtue of “supreme reason” that the rabid, morally bankrupt, individuality and complete lack of common culture we have running amok in this country is a dead end, and a predictable one. And that, that result is by design… which in turn makes all the mythology about the “shining city on the hill” a complete sham that I am ashamed to have fallen for, for nearly five decades. However, mythology is a powerful force. And, the roots of the Declaration and Constitution go back much further than 17th century American Colonies. The truth of things has been carefully concealed in broad daylight. Every error contains a kernel of the truth but, that kernel is so surrounded by propaganda that discerning reality requires hard work and some serious digging… not to mention an open mind and significant deprogramming.

In closing, for now, I ask a question. What’s to do about it? I have some ideas for me and mine and will make public more of my research over time in this blog but… the individual reader will have to follow along and do their own research to confirm or refute. You owe it to yourself not to take my word for any of this. But, to prove me correct or incorrect, you will have to do some homework.