Despite the article’s assertion, my home State of Iowa is not the only place this is happening.  This same phenomenon is occurring in rural Virginia in my shop and others.

I believe a strong, American, manufacturing base is necessary for national survival and subsequent prosperity.  And, the Trump Admin has businesses excited about the nation’s economic future.  But, without workers to staff companies, it is going to be very difficult to grow.

Per normal, no need to open the link below.  The entire text of the article is in italics. 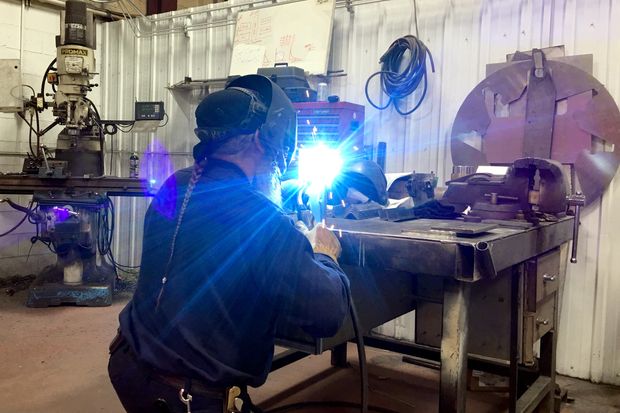 MASON CITY, Iowa—Manufacturers in northern Iowa are begging Terry Schumaker for freshly trained workers for their factories. The problem is he doesn’t have enough students to train.

“It’s not like we have the people beating down our door to apply,” said Mr. Schumaker, a dean at the North Iowa Area Community College in Mason City.

It is a problem playing out in many parts of the Midwest, a region with lower unemployment and higher job-opening rates than the rest of the country. Employers, especially in more rural areas, are finding that there are just too few workers. That upends a long-running view in Washington, D.C., and many state capitals, where policy makers often say the unemployed simply lack the skills to get hired.

Other states, like Indiana and Wisconsin, are undertaking similar moves. President Donald Trump has touted worker-training programs, and his daughter Ivanka visited Iowa in March to highlight the efforts. 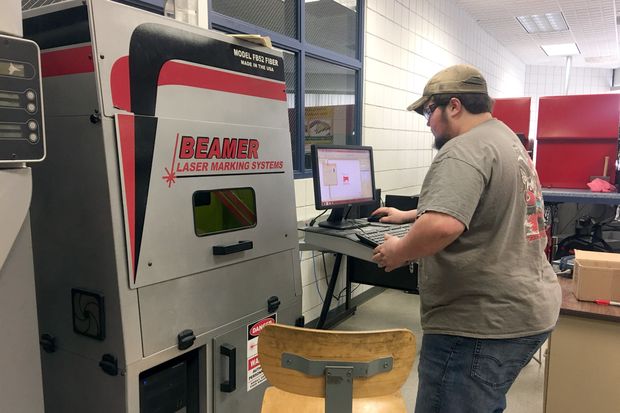 The U.S. labor market is the tightest it has been in nearly two decades. The national unemployment rate held at a 17-year low of 4.1% for five straight months, and the number of job openings is at a record.

In the Midwest, the worker shortage is even more pronounced.

If every unemployed person in the Midwest was placed into an open job, there would still be more than 180,000 unfilled positions, according to the most recent Labor Department data. The 12-state region is the only area of the country where job openings outnumber out-of-work job seekers.

“The crux of the problem is that we don’t have the people here,” said Dave Zrostlik, president of commercial truck manufacturer Stellar Industries Inc., based in Garner, a rural city of about 3,000 people near Mason City.

The shortage of labor is hurting Stellar’s bottom line. “We’ve got the biggest backlog of orders ever,” said Mr. Zrostlik, as he walked past an assembly line sitting unused because he can’t find the workers to staff a second shift. Normally, his 450-employee company fills orders in about eight weeks. Today, it takes 18 weeks or more.

With about 28,000 residents, Mason City is the largest town in about a 100-mile radius. It supports industries like manufacturing, construction and agriculture. A sign at an Arby’s restaurant on the highway from Mason City to Garner proclaims, “If you’re smiling, we’re hiring.”

Firms in rural areas are more likely to report their applicant pool is limited, Federal Reserve Bank of Atlanta said. Controlling for other factors, such as the size of a business or education level required for a job, 68% of rural firms reported too few applicants for open jobs, versus 57% of employers in urban areas.

The Midwest has seen an outflow of people. A net 1.3 million people living in the Midwest in 2010 had left by the middle of last year, according to census data. The area also attracts fewer immigrants than the rest of the country. As a result, Midwest employers are more dependent on filling jobs with workers who already live there.

David Swenson, a regional economist at Iowa State University, doesn’t believe Iowa suffers from a skills gap. More job training programs are a “solution to a problem that doesn’t exist,” he said. “Thinking that it’s going to solve rural labor issues is misguided.”

Beth Townsend, head of Iowa’s department of workforce development, said Iowa has an abundance of low-skilled workers but is facing a gap when it comes to jobs that require some specialized training.

“We’ve got a lot of adults who could be easily upskilled,” she said. In particular, she is trying to get more disabled people or ex-convicts into the workforce because they often face more hurdles in finding employment.

Iowa’s 2.9% unemployment rate has already drawn thousands of workers off the sidelines. The share of Iowa adults working or seeking work was 67.9% in February, nearly five percentage points higher than the national average, U.S. Labor Department data show. North Dakota, Minnesota, Wisconsin and Kansas similarly have a relatively high rate of adults in the labor force. 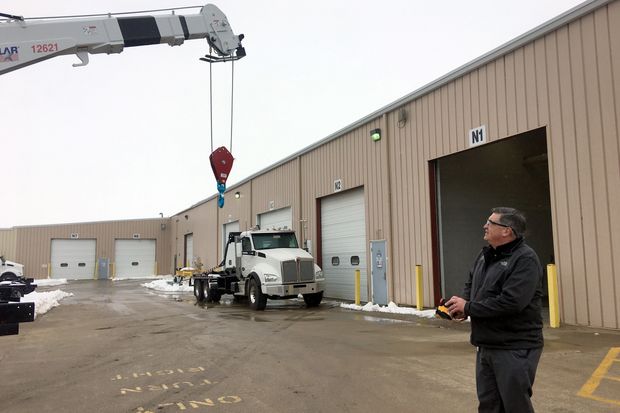 That suggests many potential workers on the fringe of the labor market have come back. And those who aren’t working now may not be for other reasons, such as staying home with children or a lack of transportation.

“If someone needs to buy a car and commute 60 miles to take a job in a rural community, they may find it’s not worth taking the job,” said Carl Van Horn, director of the John J. Heldrich Center for Workforce Development at Rutgers University.

Eric Sauey, CEO of Seats Inc. in rural Reedsburg, Wis., says that as his business making seats for commercial vehicles has grown, it has become harder to find the workers he needs. He is competing with other industries in his town of 9,200, like health care and carpentry, for the same pool of workers.

His company trains employees internally. In fact, Mr. Sauey said he would rather his employees weren’t trained externally when they get to his factory.

“We’d rather people not have any experience because then they’re not bringing bad habits with them,” he said.

3 thoughts on “Growing the Economy with no Labor…”