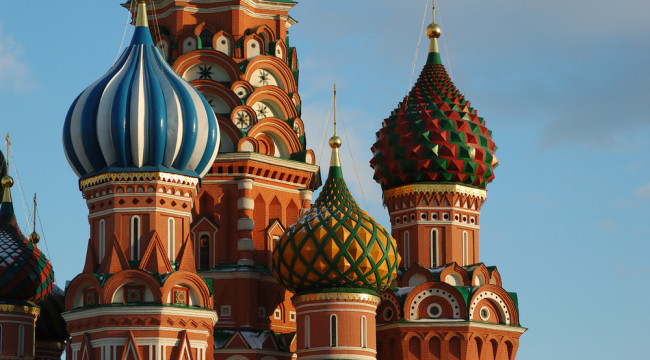 I am the furthest thing from a russophile. And, I have no illusions about Vlad being a nice guy or benevolent leader. He is, however, committed to his country’s success and survival.

I also don’t believe in the chan-esque mythology of Trump’s 4D chess prowess. Nor in Q-anon’s allusionary “plan”. What I know is that Trump is the nearest thing to a nationalist that we’ve elected in 40 years. And, that a nationalist perspective is what made the US a superpower and, that without it, we will become the EU (is it a coincidence that EU rhymes with “iiieeew”?).

I hate to break it to all you oneworlders out there but, the human race needs nativist nationalism. And borders. And clear identities. Some would call my thoughts on it tribal and jingoist. And, maybe they are. Whatevs.

Trump and Putin, for all their collective faults, are the only national CEOs keeping this thing we call “civilization” going.  And, we need them.  For now.

Per normal, text from the article is included below so you don’t have to click on the link if you choose not to.

Russia’s Putin has never taken his eye off the ball. His ambition is not global hegemony or European conquest. Putin seeks what Russia has always sought: regional hegemony and a set of buffer states in eastern Europe and central Asia that can add to Russia’s strategic depth.

In Syria, Russia has the warm water port of Tartus — which is important when you consider that most Russian ports are ice-bound for months of the year.

It is strategic depth — the capacity to suffer massive invasions and still survive due to an ability to retreat to a core position and stretch enemy supply lines — that enabled Russia to defeat both Napoleon and Hitler. Putin also wants the modicum of respect that would normally accompany that geostrategic goal.

Understanding Putin is not much more complicated than that.

In the twenty-first century, a Russian sphere of influence is not achieved by conquest or subordination in the old Imperial or Communist style. It is achieved by close financial ties, direct foreign investment, free trade zones, treaties, security alliances, and a network of associations that resemble earlier versions of the EU

Russian military intervention in Crimea and eastern Ukraine is best understood not as a Russian initiative, but as a Russian reaction. It was a response to U.S. and U.K. efforts to attack Russia by pushing aggressively and prematurely for Ukraine membership in NATO. This was done by deposing a Putin ally in Kiev in early 2014.

This is not to justify Russia’s actions, merely to put them in a proper context. The time to peel off Ukraine for NATO was 1999, not 2014.

The Russian-Ukraine situation is a subset of the broader U.S.-Russian relationship. Here, the opposition comes not just from domestic opponents but from the globalist elite.

Globalization emerged in the 1990s as a consequences of the end of the Cold War and the reunification of Germany. For the first time since 1914, Russia, China and their respective empires could join the U.S., Western Europe and their former colonies in Latin America and Africa in a single global market.

Globalization relied on open borders, free trade, telecommunications, global finance, extended supply chains, cheap labor and freedom of the seas. Globalization as it existed from 1990 to 2007 made steady progress under the Bush-Clinton duopoly of power in the U.S. and like-minded leaders elsewhere. The enemy of globalization was nationalism, but nationalism was nowhere in sight.

The financial crisis of 2007–2008, caused by the elites’ own greed and inability to grasp the statistical properties of risk, put an end to the easy gains from globalization.

Ironically, globalization gained in the short-run despite financial calamity. The same elites who created disaster were empowered to “fix” the situation under the auspices of the G20 Leaders’ Summit. This global rescue began with the first G20 summit hastily organized by George W. Bush and Nicolas Sarkozy, then the President of France, in November 2008.

Despite the financial bailouts and central bank easy money of the decade following the crisis, robust self-sustaining growth in line with pre-crisis trends has never really returned. Instead the world has suffered through a ten-year depression (defined as depressed below-trend growth), which continues to this day.

What little growth emerged was captured mostly by the wealthy, which led to the greatest income inequality levels seen in over 80 years.

Discontent was palpable in middle-class and working class populations in the world’s major developed economies. This discontent morphed into political action. The result was the U.K. decision to leave the EU, called “Brexit,” the election of Donald Trump, and the rise of politicians such as Geert Wilders in the Netherlands and Marine Le Pen in France, among others.

What unites these politicians and political movements is nationalism. This can be defined as a desire to put national interests ahead of globalization. Nationalism can mean closing borders, restricting free trade to help local employment, fighting back against cheap labor and dumping with tariffs and trade adjustment assistance, and rejecting multilateral trade deals in favor of bilateral negotiations.

This brings us to the crux of the U.S.-Russia relationship.

Simply put, Putin and Trump are the two most powerful nationalists in the world. Any rapprochement between Russia and the U.S. is an existential threat to the globalist agenda.

This explains the vitriolic, hysterical, and relentless attacks on Trump and Putin.

The globalists have to keep Trump and Putin separated in order to have any hope of reviving the globalist agenda.

Understanding this dynamic requires consideration of the paradoxical roles of Xi and Merkel.

Xi positions himself as the leading advocate of globalization. The truth is more complex.

President Xi is the most nationalist of all major leaders. He continually puts China’s long-term interests first without particular regard for the well-being of the rest of the world.

But, China’s relative military and economic weakness, and potential social instability, require it to cooperate with the rest of the world on trade, climate change, and supply-chain logistics in order to grow. Xi is in a paradoxical position of being nationalist to the core, yet wearing a globalist veneer in order to pursue the nationalist long game.

Angela Merkel, Chancellor of Germany is also in a paradoxical position — but the opposite of Xi’s role. Merkel knows Germany must embrace globalism both because of its unique historical burden of being the source of three major wars (Franco-Prussian, World War I, and World War II), and the necessity of German integration with the EU and Eurozone.

At the same time, Merkel has advanced her globalist agenda by promoting German interests through exports and cheap foreign labor.

There are really only three superpowers in the world today — Russia, China and the U.S. All other nations are secondary or tertiary powers who may be aligned with a superpower, neutral or independent, but who otherwise lack the ability to impose their will on others.

Some analysts may be surprised to see Russia on the superpower list, but the facts are indisputable. Russia is the twelfth largest economy in the world, has the largest landmass, is one of the three largest energy producers in the world, has abundant natural resources other than oil, has advanced weapons and space technology, an educated workforce and, of course, has the largest arsenal of nuclear weapons of any country.

Russia has enormous problems including adverse demographics, limited access to oceans, harsh weather, and limited fertile soil. Yet, none of these problems negate Russia’s native strengths.

Notwithstanding the prospect of improved relations, Putin remains the geopolitical chess master he has always been.

His long game involves the accumulation of gold, development of alternative payments systems, and ultimate demise of the dollar as the dominant global reserve currency.

Jim Rickards
for The Daily Reckoning