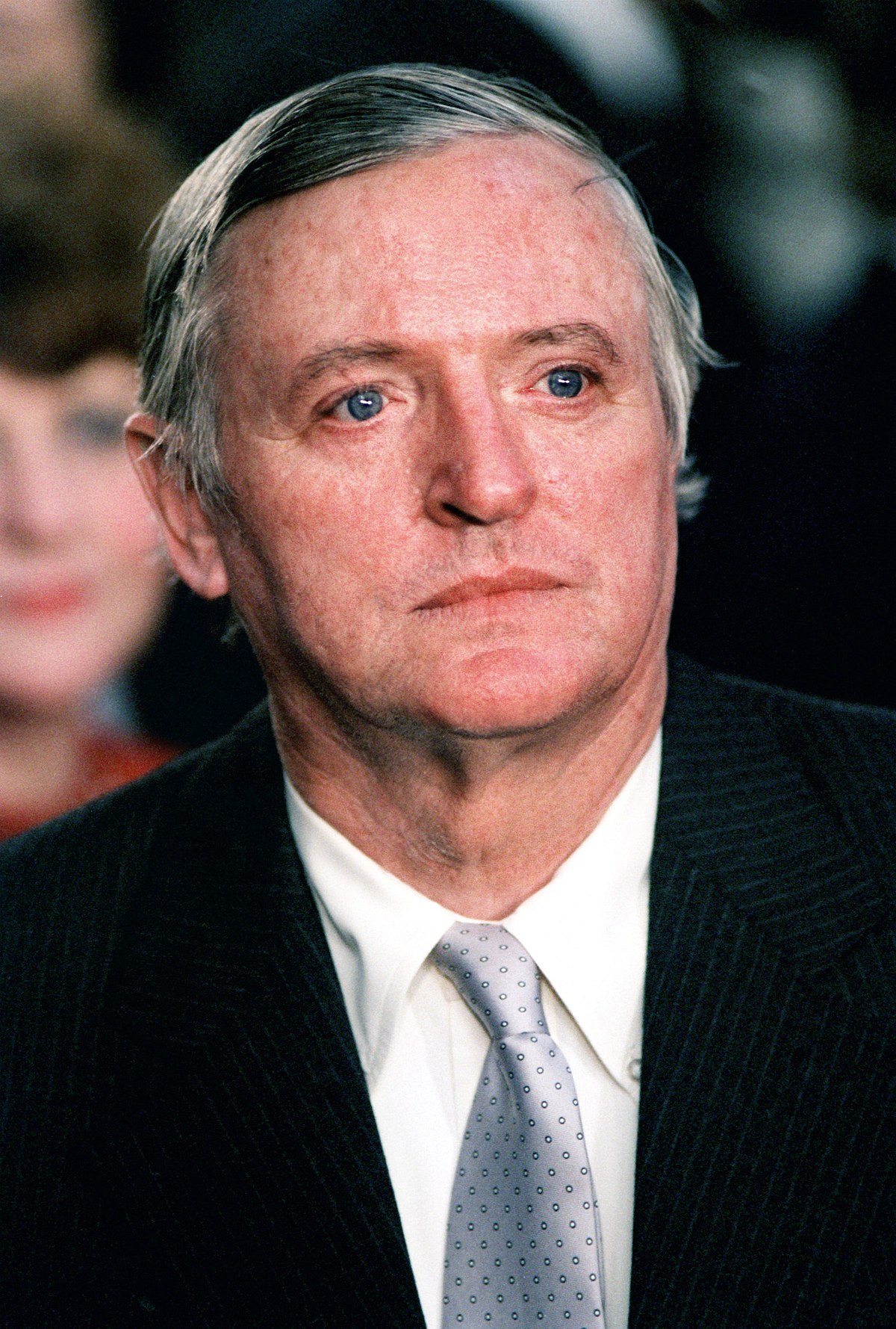 Pictured above, William F Buckley, Jr, founder of National Review.  The article below is interesting but, of equal interest is the records search available through the FBI and Skull and Bones Society.  Yes, Buckley was a Bonesman… bear that in mind as you get your head around the current Uni-Party situation and the melding of red/blue ideology…

After Conservatism | The Z Blog

National Review was founded in 1955 by Bill Buckley and, until the last few years, it has been the prestige publication of American conservatism. The late 50’s is a good starting point for the movement that has been the alternative to Progressivism. Buckley was greatly influenced by Russel Kirk, so the magazine took on Progressivism, but also the libertarianism of Ayn Rand and the failures of previous efforts to create a legitimate conservatism in the United States. The goal was to create a new Right.

Reading the take down of Ayn Rand by Whittaker Chambers all these years later, it is easy to see how things have changed. In the early days of Buckley conservatism, it was understood by people claiming to be on the Right that libertarianism suffered from the same materialism as Marxism. Rand loved ideology so much there was no room in her cold heart for humanity. Today, the so-called Right is indistinguishable from the libertarianism of today. The editor of National Review actually celebrates it.

It has become a cliche of sorts that what passes for conservatism today is just yesterday’s liberal fads. The social media gag “the conservative case for [fill in name of liberal degeneracy]” stopped being funny because it became common on the page of National Review itself. Here they make the conservative case for homosexual marriage and here they make the case for transgenderism. Of course, one of the leaders of what passes for conservatism these days is a man who walks around dressed as a woman.

When confronted by the ridiculous spectacle that is Conservative Inc., it is tempting to fall into the same trap as Muslims, Marxists and libertarians, when they confront the lunacy of their cults. Whenever a Muslim explodes in public, the response is, “well, that’s not the real Islam.” In the Cold War, Marxists professors would always say that Bolshevism was a mongrel and defective form of Marxism. Of course, libertarianism spend all their time wheeling around those goal posts on roller skates that define libertarianism.

The fact is, the conservatism of Bill Buckley was always defective. It was a continuation of what Robert Louis Dabney observed a century ago about Northern Conservatism. Russell Kirk saw conservatism as a disposition, the lack of ideology. What Buckley conservatism was, in fact, was a pose. The range of allowable opinion on the Left, however, allowed for the existence of a reformist element that drew on the old Right, as well as western traditionalism. The managerial state had not yet snuffed out liberalism.

A couple decades ago, the great paleocon academic Paul Gottfried noted that the managerial state had killed liberalism. By liberalism, he meant the philosophical view that distributed powers and bourgeois moral standards worked to restrain the state and protect civil society. The system of governance refined in the 19th century was being wiped away and something new would replace it. Today, what passes for the Left and the Right both agree to call it neoliberalism and both sides strongly embrace it.

In that Fred Bauer post, you see that Buckley conservatives are on the last leg of the journey into the sun. They no longer see a reason to oppose the Left, because the Left disappeared into the sun of neoliberalism a long time ago. As has been its habit since birth, the conservatism of Bill Buckley follows Progressivism around like a puppy. Its last act on the stage will be fusing itself permanently to what was once called the Left to form the bipartisan fusion ideology of the American managerial state.

Paul Gottfried coined the phrase “alternative Right” in his speech at the Mencken conference, when discussing what happened to the paleocons. Richard Spencer appropriated the idea and started the alt-right, but it was never a coherent movement nor did it have anything resembling an intellectual foundation. It was, at best, a grab bag of ideas plucked from various subcultures in the larger umma of the Dissident Right. As a result it became a cult of personality and then fizzled out entirely.

If there is to be a genuine alternative to the prevailing orthodoxy, the first task is to accept a central truth of the managerial state. That is, it must approach an intellectual and moral singularity in order to exist. While it will never reach the point where all opinion is assimilated, the allowable differences are now so small they cannot be seen by the naked eye. A system that evolved out the principle of universal truth, must evolve a morality that is intolerant of anything that challenges it. There can be no room for an alternative.

That means that whatever comes after conservatism must first sink roots outside the neoliberal order and maybe even outside the Enlightenment. It cannot be a reaction to neoliberalism, as that implies a dependency. The obvious implication is that what comes after conservatism, in the framework of the American Right, is nothing. That line of discovery and inquiry has reached a dead end. It is an intellectual tradition with no future and no shadow. What comes next must be a clean break from northern conservatism.